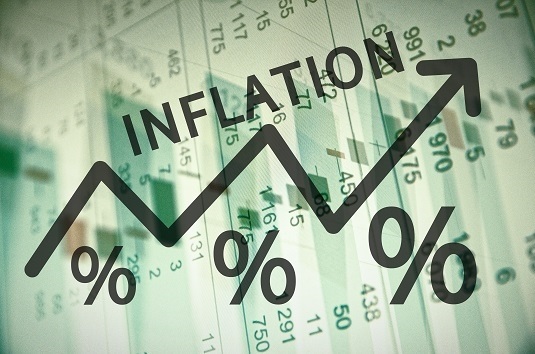 Inflation on the Rise? Consider TIPS

Remember inflation? That nasty beast that plagued the U.S. economy in the ‘70s and ‘80s, driving prices up over 10% a year for a time, and wreaking havoc with financial markets? For most Americans, high inflation may be only a distant memory, at least in the U.S. In fact, the last time that the Consumer Price Index (CPI) registered an annual increase above 4% was in 1991 — over 25 years ago.1 And in the five years ended December 31, 2017, it averaged only 1.4%.

But lately, there have been growing concerns about mounting inflationary pressures. A thriving economy, a tight labor market, a housing boom, the stimulative effects of the $1.5 trillion tax cut passed in December, and most recently, the prospect of a trade war — all put upward pressure on prices. In January, the CPI spiked to a seasonally adjusted 0.5% for the month — which, if the trend continued, would put annual inflation considerably above the Fed’s target rate of 2%. Although the monthly increase dropped down to 0.2% in February, many economists see an eventual uptick. The Federal Reserve has already been applying the brakes, with six increases in the federal funds rate since late 2015, including a 0.25% hike in March.

But even at moderate levels, inflation can still take a toll on investments over time. Consider that the purchasing price of $1,000 would erode to just $744 if subject to 3% inflation over 10 years. So, for investors, especially retirees and others depending on fixed-income investments, inflation is a real concern.

TIPS to the Rescue

In an attempt to protect fixed-income investors from inflation, the Treasury Department issues inflation-indexed bonds called Treasury inflation protected securities (TIPS) in five-, 10-, and 30-year maturities with a return linked to the inflation rate. These bonds are available for purchase in $100 increments through financial advisors, banks, and Treasury Direct (www.treasurydirect.gov).

The benefits of TIPS include:

The drawbacks of TIPS include

How do TIPS compare with traditional treasury bonds? Assuming the inflation rate is 3% and the yield of an unindexed $1,000, 10-year Treasury note is 5%, the real yield of this note would be 2% (5% minus the inflation rate). After a year, an investor would gain $50 of interest but be ahead by only $20 because of the effect of inflation.

In general, it makes the most sense to purchase TIPS if you expect a major uptick in inflation. Whether that scenario is in the offing at this time is unclear. But if inflation does rear up, TIPS could be a viable alternative to consider.

This communication is not intended to be tax advice and should not be treated as such. You should contact your tax professional to discuss your specific situation.